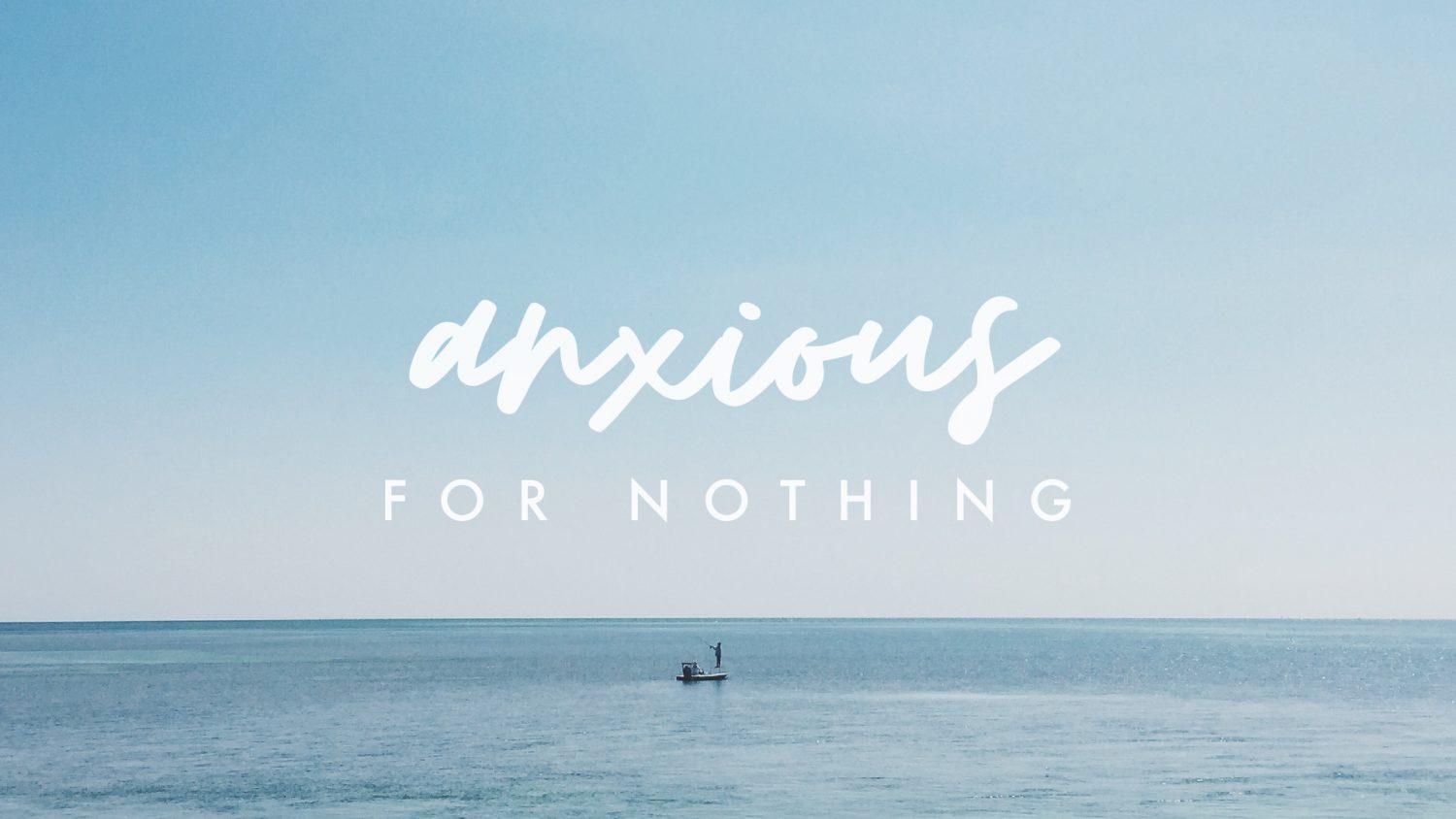 The United States is by far the most anxious nation in the world. Stress related illnesses now costs us 300 billion every year. Between 1997 and 2004, Americans doubled their spending on anti-anxiety medications, we went from 900 million to 2.1 billion. The journal of the American medical association cited a study that indicated that people of each generation in the 20th century were three times more likely to experience depression than the people of the preceding generation. Anxiety is the number one mental health issue for women in America.

It’s clear we have a problem on our hands.

This isn’t how we’re supposed to live. God didn’t create us to exist in a constant state of anxiety, and He never intended for us to move through our days drained of joy and exhausted by stress. God has something more for us, He wants to deliver us from this.

Listen along to this two week series, “Anxious for Nothing.”

WATCH ALL VIDEOS FROM THIS SERIES